​ Hey! You're not 18!
​That's okay. You're welcome to stay.
Okay, for you kiddies that are under 18 and obeyed my demand to exit the main page, I have a reward for you and for you curiosity seekers as well! I didn't want to disappoint you younguns after having made you leave the main site by leading you to an empty page. I've posted the following which I'm hoping will more than make up for the disappointment you surely must be feeling from being turned away. Do kids even click on the under 18 buttons? Inquiring minds want to know. Anybody even reading this? Hello??? Man you must be bored. Or just curious. They say curiosity killed a cat...but then, satisfaction brought it back! Meanwhile, I'm laughing at myself for having taken the time to have copied and written the stuff I posted on this page for a potentially empty audience, lol.

It's all good. I'm sure I'll get some stragglers that will venture through the "18 button". I will use this opportunity to promote my most favorite band at this time, The HU, which have made Led Zepplin take second place in my book. Oh you kiddies are chuckling at my old fart band fav, I know, I know. The HU is not for old farts, it's for all sorts of gaseous farts, like yourselves, ya little stinkers <3 If you go back to the main page and poke around, I'll be very, very disappointed in you! Though, that's exactly what I would of done when I was your age. If ya do, just please respect the law and not order anything as that could get you in trouble. I suggest you go check this band out and bid you "Adieu".

These guys came out of obscurity and climbed the charts to number 1 in record time while amassing millions of views and followers that proclaim them as the new Gods of Metal. They're not your typical head banging metal heads. Oh no. They bang with their fists and everything in them while evoking the spirits of the ancients (Shoog-Shoog song). Yes, they are singing in a foreign dialect. It's Mongolian and that doesn't stop millions of people from making these guys top the Metal charts!

Read the posts people have left on YouTube under their songs if you want to learn more about these guys and the meanings behind their lyrics as well as a a more indepth history lesson of the Mongols and Shamanism that what I've posted at the bottom of this page.

Apparently I'm not the only person that likes to hear a song over and over. Balzs Szeidl transformed The HU's songs into a 10 hour looped version. Give it a listen while you're doing something that needs your undivided attention or that needs that extra oomph to get you through a task like exercising or house cleaning, etc.

What's A Turkic Shaman?
In Central Asia, particularly among the Turkic peoples (not to be confused with Turkish), two categories of individuals are called baxli: 1) a healer/shaman who operates in a trance and makes use of the qubus, and 2) a singer of epic poetry or folk songs, who may be accompanied, particularly among he Turkmen, by a qubus or a dutar (a type of lute). Among the Kirghiz, the baxli is known both as an epic singer and as a healer who works with a quboz. This instrument may be either a horsehair fiddle, as among the Kazakh, or a type of a shaman's drum. ​ 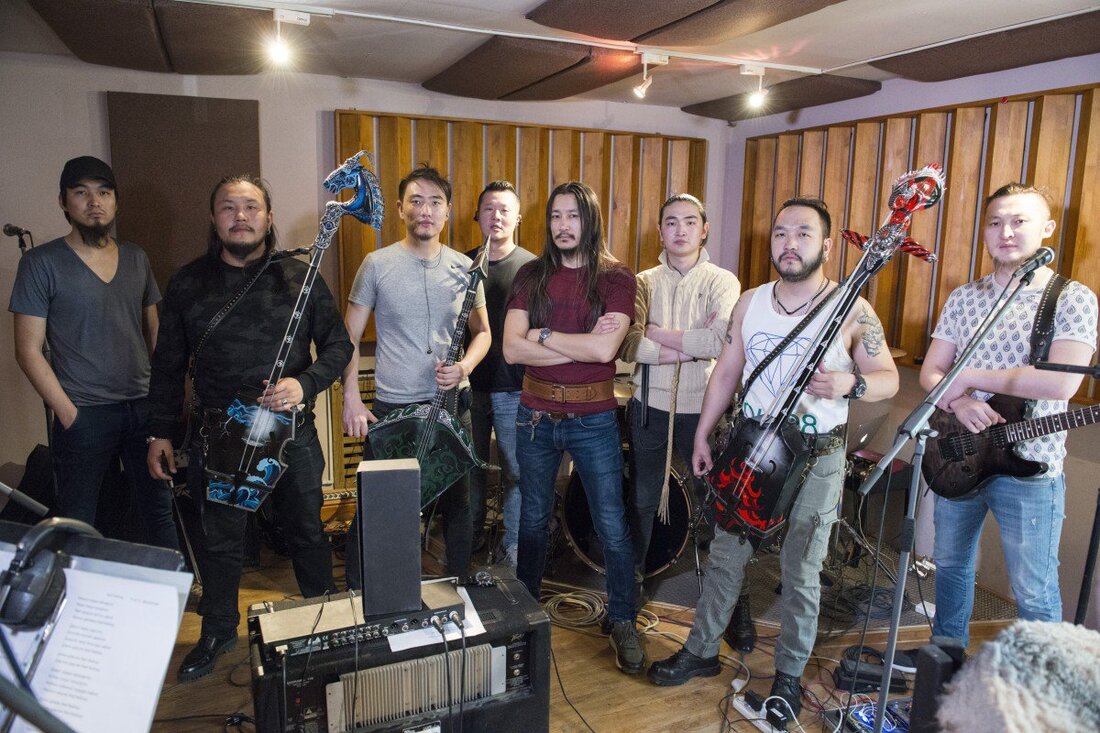 Show these guys some love and order their CD/Album!
Pre-order / Pre-save the new album 'The Gereg'
Can't wait till these Mongols invade America! 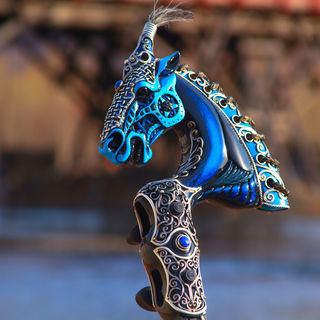 Who Is The HU?
WikiPedia:

The Hu (stylized as The HU) is a Mongolian heavy metal band formed in 2016.[1] With traditional Mongolian instrumentation, including the Morin khuur, and Mongolian throat singing,[2][3] the band calls their style of music "hunnu rock", hu being a Mongolian root word for "human".[4] Their producer's name is Dashdondog Bayarmagnai, a.k.a. "Dashka".

On 17 May 2019, The Hu met Mongolian President Khaltmaagiin Battulga, who congratulated the band for their accomplishments in promoting the country.[7]

The band is aiming to release its first album on 13 September 2019. The album's title is The Gereg,[9] which is the term used for a diplomatic passport from the time of Genghis Khan. The Gereg is slated for international release under Eleven Seven Records.[10
https://en.wikipedia.org/wiki/The_Hu 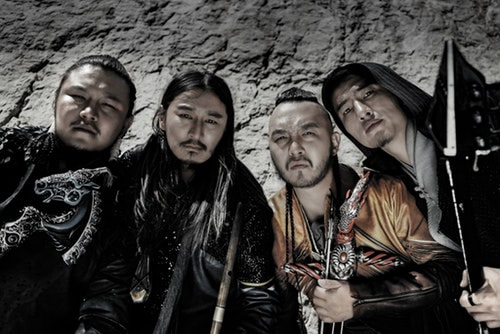 Wanna Read More about Tengric Shamanism?
Tengrism is an ancient religion, especially with people in Central Asia including the Huns and Mongolians. Tengrism's primary deity is called Tengri. Tengrism emphasizes harmony with the surrounding environment and considers natural resources to be sacred. Most Turkic peoples had Shamanistic traditions and believed in the superiority of the creator called Kök Tangri, meaning Sky God.

Below are tidbits, excerpts from the article "Shamanism: A practice of early Turkic beliefs" written by Ekrem Buğra Ekinci:

​A shaman is a person with the ability to contact supernatural forces. Reminiscent of modern-day psychics, shamans would lose themselves in the state of trance through their own methods such as chanting prayers while playing a frame drum. They had special clothing, used drums or other certain instruments, danced and had knowledge of things like spirits or jinns that ordinary people cannot see or hear. Shamans are not poets at all, but their prayers are generally in the form of a poetry that contains meaningless but magical words.

Note: The HU's "Shoog Shoog" song is a chant evoking the spirit world. Nothing evil, it's all good. I could listen to that song, and have listened, for hours even after the stereo is shut down and the lights turned off. I wake up singing it and am generally in a better frame of mind. Listen to it enough times and you might be able to sing along with the song ;-) Okay, now keep reading....

Shamans were the tribe's medicine men rather than men of religion, like we see in the Western religions. They are said to foretell the future as well. Shamans would heal people by killing and eating the evil spirit and talk about the things happening in the spiritual world. The talents of shamans were often seen as hereditary and were both men and women.

Shamanism is not an independent religion, it is a system of supernatural forces that is part of religions. It would not be wrong to say that shamanism can be observed in every religion. However, calling the shamans' faith religion makes the whole matter more complicated.

In ancient Rome, people believed in an afterlife and spirits were very important for people. Salius priests, who were dancing, singing and making music by striking weapons in each other's hands, were similar to shamans. The resemblance between shamans and Druids, the Celtic priests appearing in white clothes, who used to make medicine from the mistel by collecting them from red oak, is also striking.

Shamanism is a technique and practice often found in animism, which is the belief that plants, animals, rocks and other living things and objects possess a spiritual essence. People who possess specific powers are believed to influence nature through words and gestures, and these words and gestures are related to what is desired. For instance, to cure an illness, a shaman would make symbolic gestures to dismiss the illness and say something like: "The parrot flew away / The illness flew away." If rain is desired, a shaman would make a gesture similar to pouring water or do a war dance before setting off for battle. Apart from these, symbolic objects were also used in rituals.

In the following centuries these Asianic peoples began convirting to Islam incorporating some of their beliefs however the Turkic, shamanistic ways have absolutely nothing to do with Islam or Muslims, which in part had a huge roll in the fall of these once very powerful and beautiful, spiritualistic ways. Similarly, the oppressively, civilized Christian religion decimated the free spirited, so called heathenistic ways of the Celtic tribes. Get your heads out of the clouds, disconnect from organized religion...it's a racket and connect with the life force around you. Let your light shine. Listen to The HU. 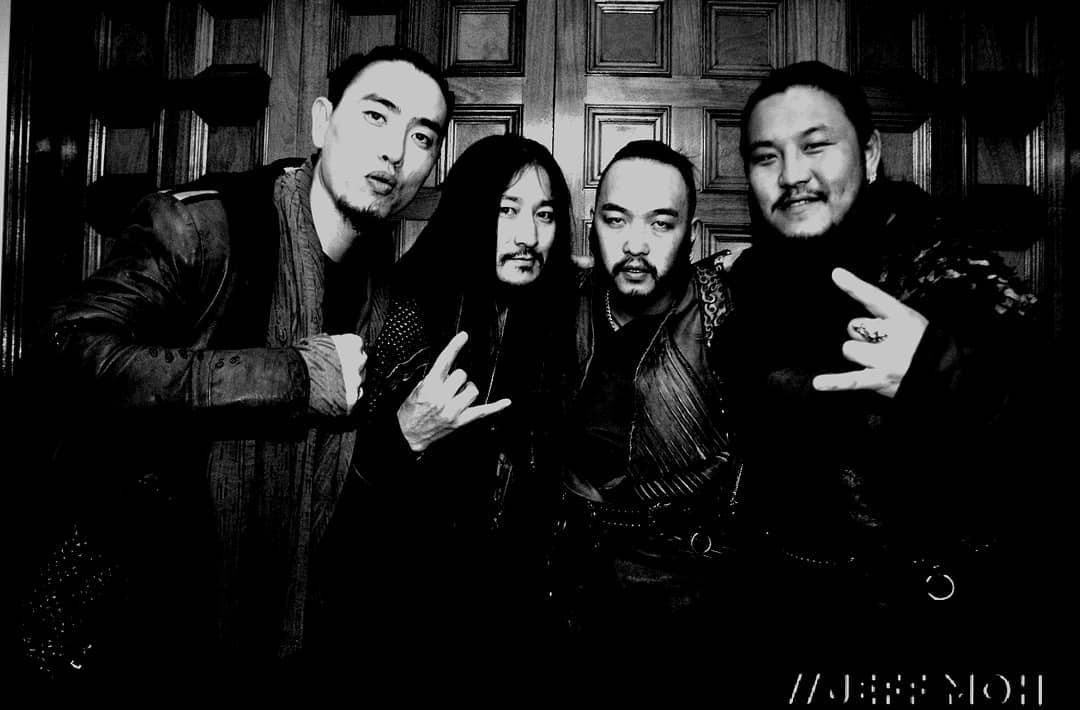 Have an EXCELLENT day or night whoever made it thus far
Hope you enjoyed what I wrote and you weren't just reading this cause you're bored :-)